January 6th: The Day of the Three Kings 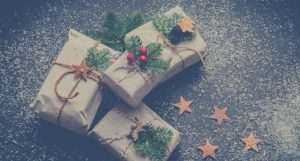 Did you know that in many Spanish homes, the main event of the holidays is not on Christmas Day but in January? In Spain, January 6th is “El Día de los Reyes”, Spanish for «the Day of the Three Kings», or some call it the Three Wise Men or Magi.

This tradition originates from the Bible when the three wise men came to Bethlehem bearing gifts for Jesus after he was born. You’ll see them in all the nativity scenes around the city an in many homes, as well as real life versions for parades.

The three kings, or “los reyes magos”, replace Santa Claus in the majority of homes in Spain. Instead of receiving gifts form Santa on Christmas morning, in Spain the children receive gifts from the three kings either on the evening of January 5th or the morning of January 6th.

Usually on January 5th, each city has a major parade for the Three Kings, where they throw out candy to the kids in the crowd watching. In large cities in Spain, there can be up to 100,000 people watching the parade!