What Holiday is August 15th? 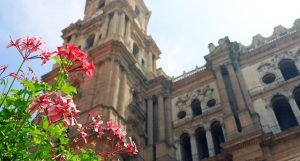 Assumption of Mary is a public holiday that is celebrated on the 15th of August in Spain and throughout many parts of the world. This date also represents a day off for the general population when schools and businesses are closed.

What does this holiday celebrate?

This major religious festival celebrates the belief that God raised the body of the Virgin Mary after her death to heaven where she reunited with her soul. At first, the holiday was supposed to replace the previous pagan harvest festival and since the 18th century the feast of the Assumption has been celebrated.

Festivities All Around Spain

The festivities begin on the 11th of August and continue until the 15th of August throughout Spain. A large street celebration is held in Madrid and at the same time number of towns throughout Spain hold colorful processions, fairs, parades, dances, costume contests and much more.

Fun in the Streets

During the celebrations, people in Madrid dress up in traditional chulapo suits. Women wear colorful dresses and white cloths on their head while the men suit up into their don vests, white shirts and black trousers. Processionals march through the streets to honor the Virgin Mary and later at night outdoor festivals take place. All neighborhoods decorate the streets with flowers and colorful fabric to make that day special and enjoy it to the fullest.