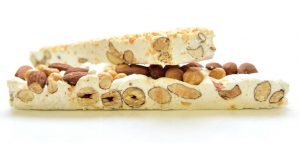 Do you know how the Spanish celebrate the holidays? Or more importantly, which holidays they are celebrating?! Around the holiday season there several special days (apart from Christmas itself).

Below we go over a few of them and why they are celebrated, as well as a few traditional things eaten on Christmas in Spain. Stay tuned for later when we discuss more of the holidays!

The day of the Immaculate Conception is the official kick-off to the holiday season! Read more about this holiday here.

This is not a holiday per se, but a day many look forward to in Spain! Dating back to the 1800s, on this day one of the biggest lotteries (known as El Gordo, or «the fat one») of the year is chosen, as well as many smaller prizes.

Christmas Eve in Spain is even more important than Christmas Day for Spaniards. This is when they have their most important “Christmas Dinner” gathering with the whole family, and children might open a present or two (most will be opened on January 6th, but more on that later!)

Christmas Day in Spain is a rather calm family day. Although all the shops are closed since it’s a national holiday, many families now even go out to restaurants for a big family lunch, or else they have a meal at home.

Basically the equivalent to April Fool’s Day, December 28 is Day of the Holy Innocents, where many people like to play practical jokes on each other.

What do they eat around the holidays in Spain?

Of course each region of Spain is different, but many parts of Spain (including Valencia!) tend to eat seafood for their Christmas meal, especially lobster and prawns. Apart from seafood, the sweets are very unique and some can only be found around this time of year – pretty much everything made of almonds! You can find marzipan (ground almond treats), turrón (nougat made of almonds), and polvorones (almond cookies with powdered sugar) in just about any bakery around town. And of course cava (the Spanish version of champagne) is served around Christmastimes, too!

If you happen to be in Spain around the holidays, you can check out our post about what to do in Valencia here!